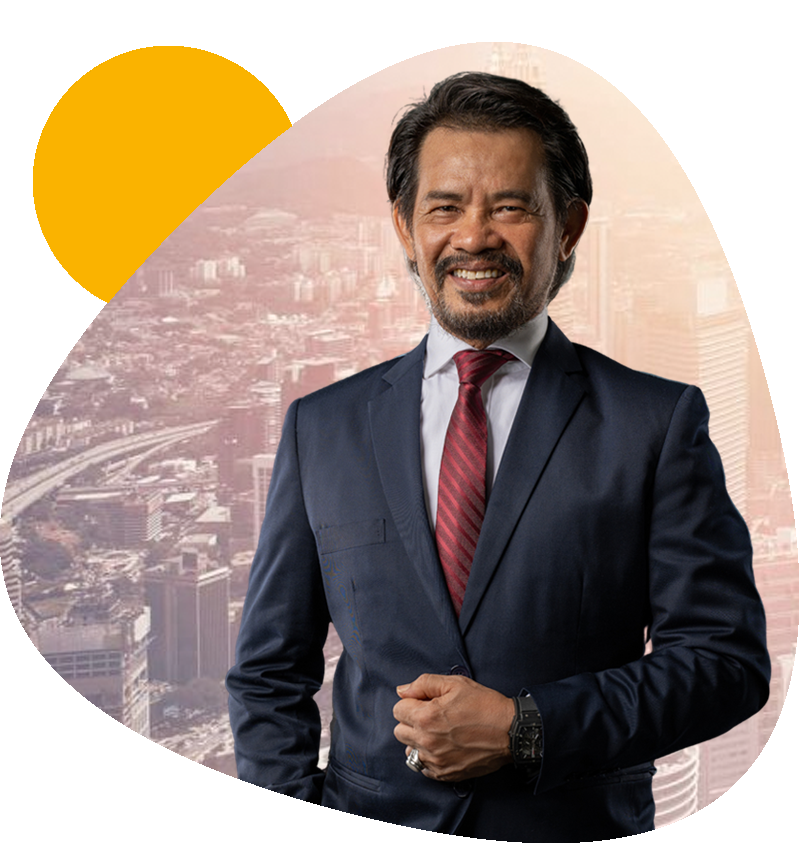 Dato’ (Dr). Ts. Awang Daud Bin Awang Putera was appointed as Minetech’s Executive Chairman on 31 March 2020. He is also the Chairman for both Investment Committee and Executive Committee of Minetech.

Dato’ (Dr). Ts. Awang Daud has over 40 years of experience in the field of mechanical engineering. He began his career in 1980 with Ballast Nedam International (Malaysia) Sdn Bhd before moving on to Daelim Ltd where he was heavily involved in the construction of Malaysia’s first Liquefied Natural Gas Plant in Bintulu. In 1983, he joined Malaysia LNG Sdn Bhd and was involved in the task force team during the establishment of their products first shipment in the global market. 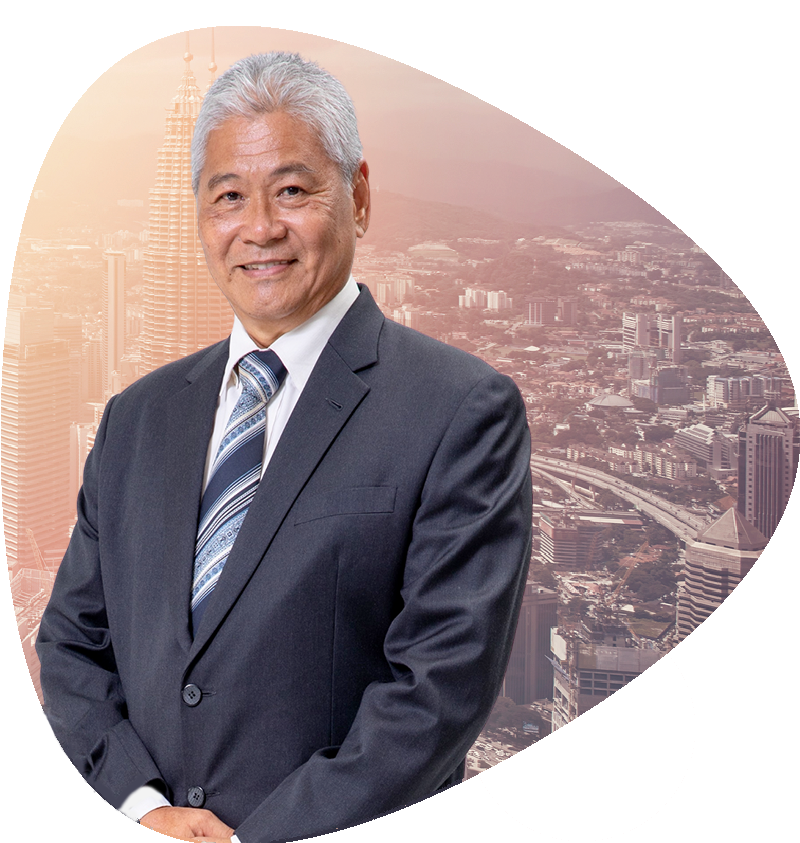 Choy Sen @ Chin Kim Sang is the founder of Minetech. He has been re-designated from Executive Chairman to Executive Director on 31 March 2020. He is also a member of the Executive Committee of Minetech.

He received his Masters in Business Administration from the Southern Pacific University, United States in 2004. He is also an Associate of the Institute of Quarrying Malaysia and a registered Shot-Firer with Jabatan Mineral dan Geosains Malaysia and Polis Diraja Malaysia. In addition, he is a Deputy President of Green Purchasing Network Malaysia. 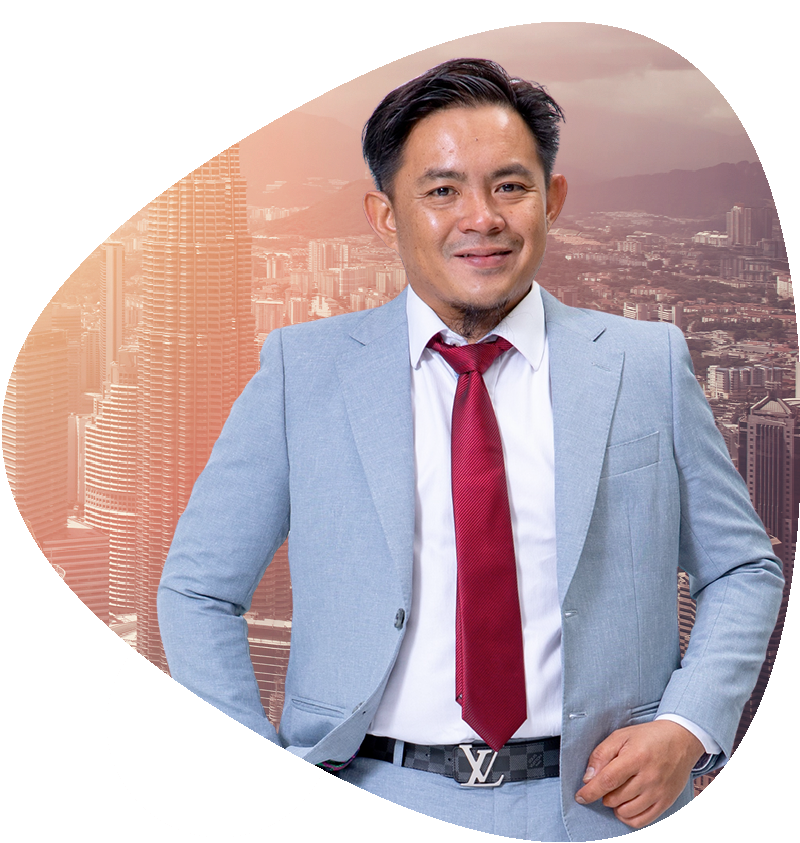 He received his Masters in Industrial Engineering Technology from University Malaysia, Pahang and was conferred with a Doctor of Business Administration from The University of Information Technology and Management, Rzeszow, Poland. He is also a Chartered Member of the Chartered Institute of Logistics & Transport (“CILT”) International, United Kingdom. 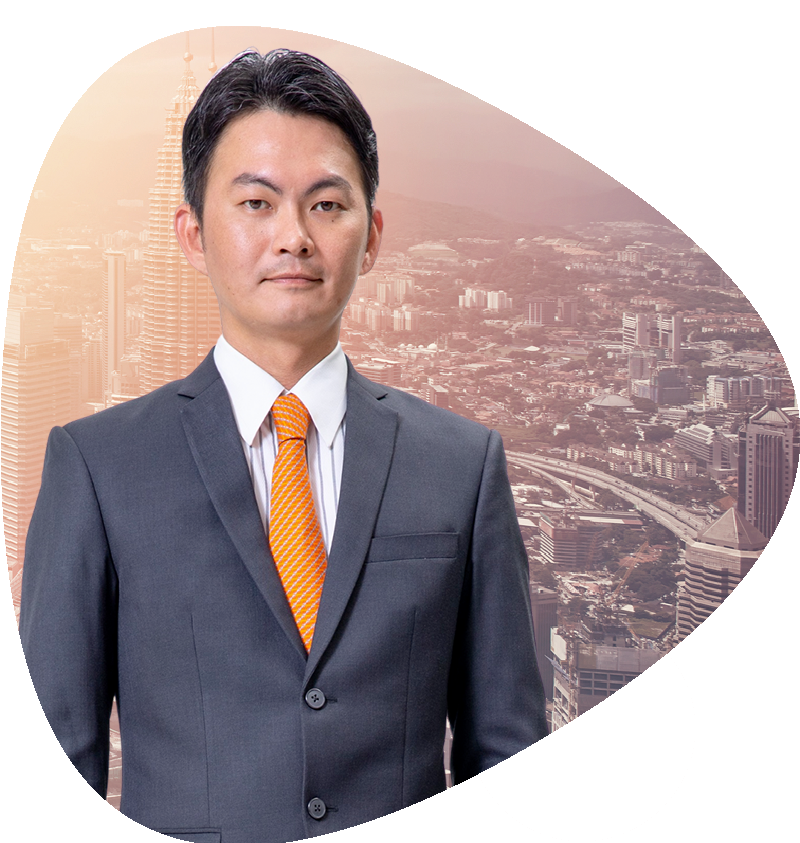 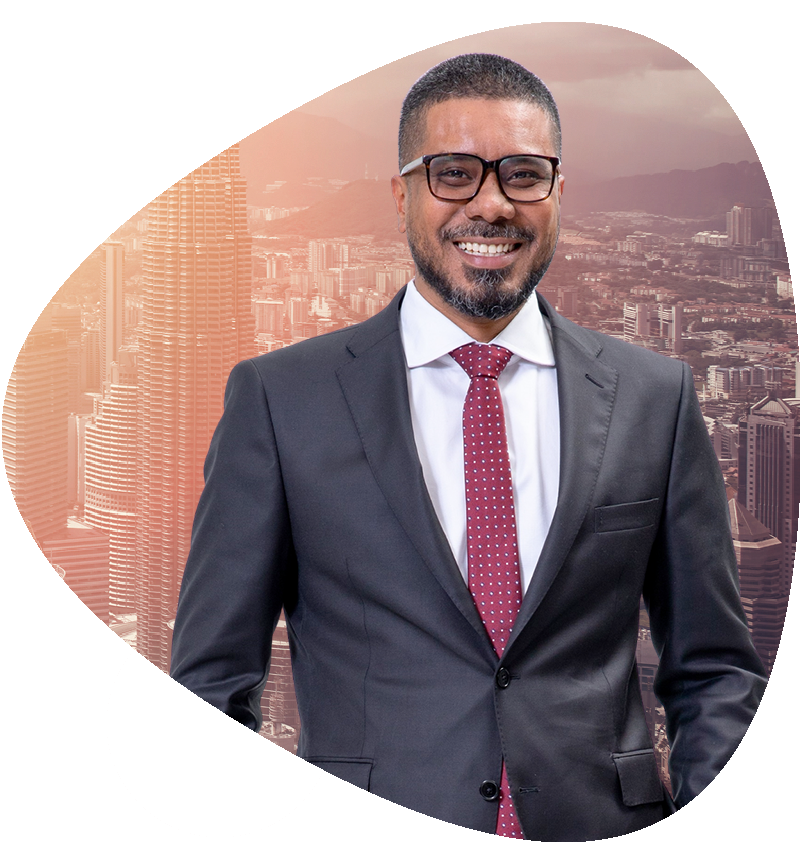 Azlan Shah obtained his Bachelor’s Degree in Mechanical Engineering (Honours) from University of Malaya in 2006 and has over 15 years of experience in maintenance, fabrication and construction work in the oil and gas industry. In addition, Azlan Shah is also a certified Mechanical Engineer of Manufacturing and Industrial Technology, an accreditation issued by MBOT or the Malaysian Board of Technologists. 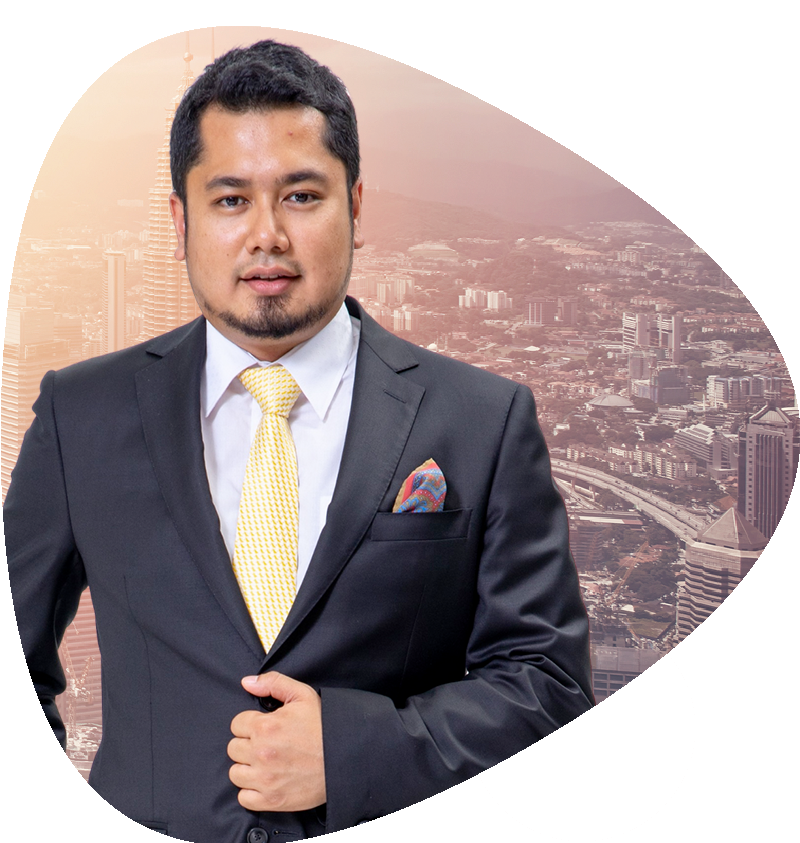 Ahmad Rahizal has over 14 years of experience in corporate and business ventures. He began his career as a Director in Noble Signet Sdn Bhd in 2008, an IT developer catering for the banking industry. From 2009 to 2012, he was appointed as Chairman of UQ Holidays (M) Sdn Bhd which charters flights for pilgrims to perform the Umrah. He joined Auto MasterCop Sdn Bhd [now known as Uniqa (M) Sdn Bhd] as Chief Executive Officer from 2012-2020 and Director of Uniqa (M) Sdn Bhd until 2021. Uniqa (M) Sdn Bhd provides electronic payment systems as an alternative delivery channel for banks and other financial institutions. 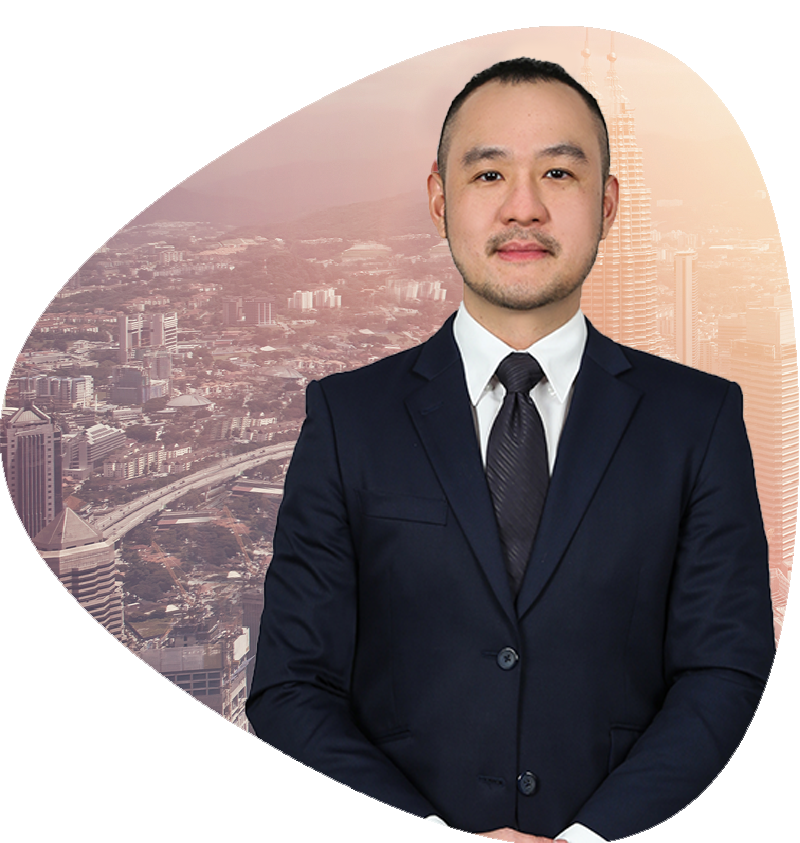 Loke Kim Meng was appointed as Non-Independent Non-Executive Director of Minetech on 28 January 2022.

He graduated with a Bachelor in Engineering (Mechanical Engineering) from University of Bradford, United Kingdom.

Loke Kim Meng has more than 15 years of banking and investment management experience in Malaysia and Singapore, specifically managing and investing in multiple asset classes. 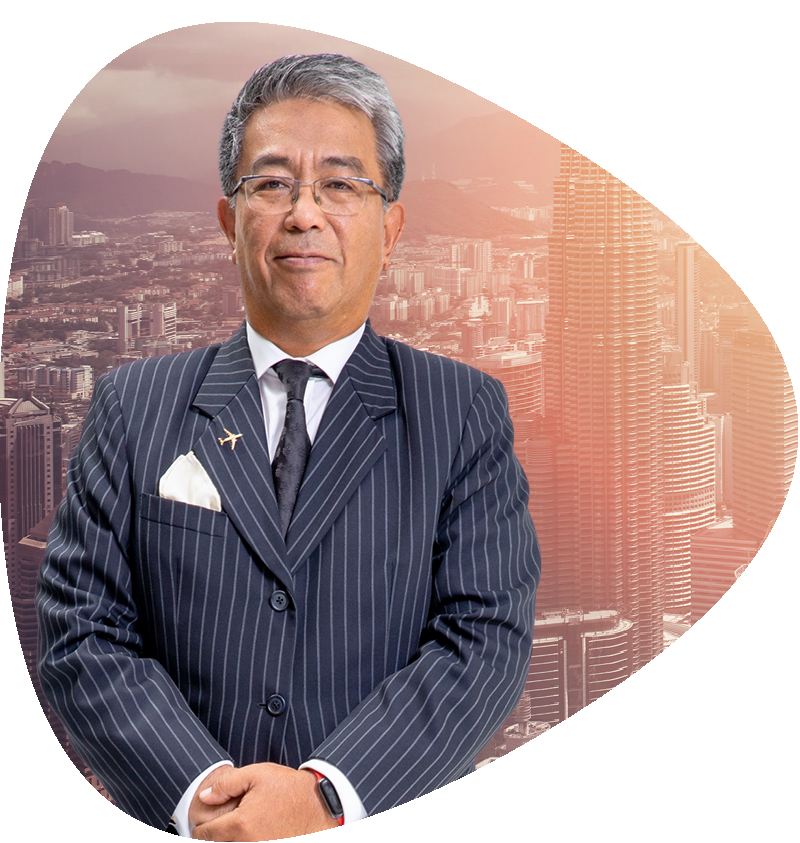 Ahmad Ruslan was appointed as Independent Non-Executive Director of the Company on 21 February 2014. He is also the Chairman of Audit and Risk Management Committee and a member of Nomination and Remuneration Committee of the Company.

Ahmad Ruslan graduated from the University of Newcastle-upon-Tyne, United Kingdom in 1984 with a Bachelor’s of Arts in Economic Studies (Accounting & Financial Analysis). After graduating, he was trained as a Chartered Accountant at a firm in London. 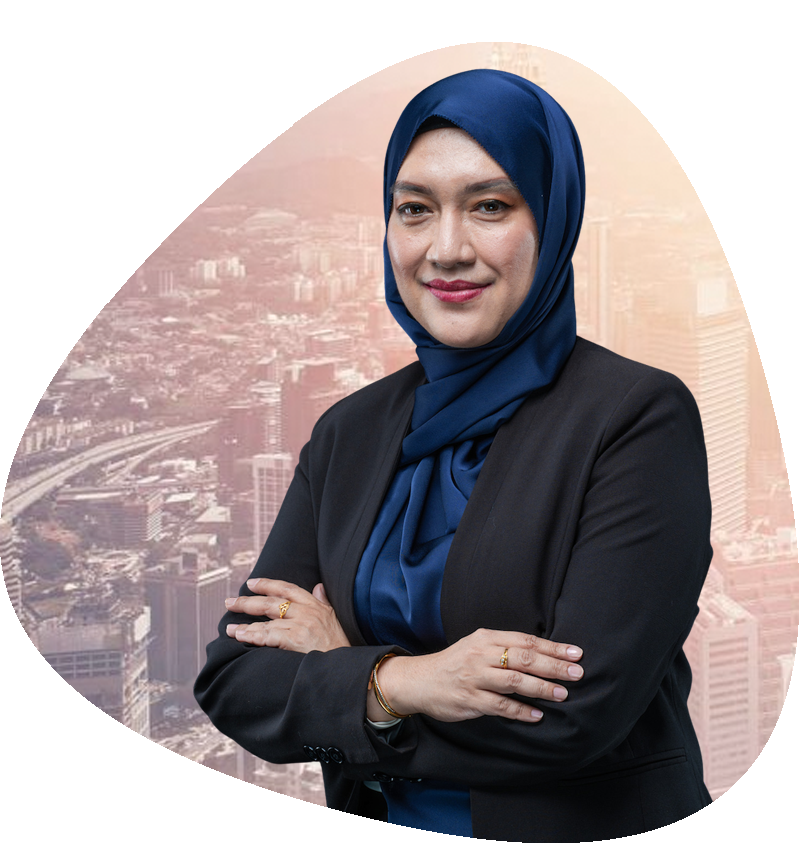 Datin Feridah was appointed as an Independent Non-Executive Director, a member of the Audit and Risk Management Committee and Nomination and Remuneration Committee of the Company on 12 June 2020.

Datin Feridah graduated with a Bachelor’s Degree in Accountancy (Hons) from Universiti Technology MARA and she has over 20 years of experience in accounting and corporate finance. She began her career as Assistant Accountant at a small firm prior to joining Ernst & Young. Subsequently, she joined Malaysia Airlines Systems Berhad (“MAS”), where she was posted overseas as the Regional Accounting Manager for Australia and New Zealand. Following more than 10 years with MAS, she joined Sapura Aero Sdn. Bhd. in 2016 as General Manager of Finance and Procurement. She currently runs her own accounting firm, Feridah Bujang Ismail & Co. 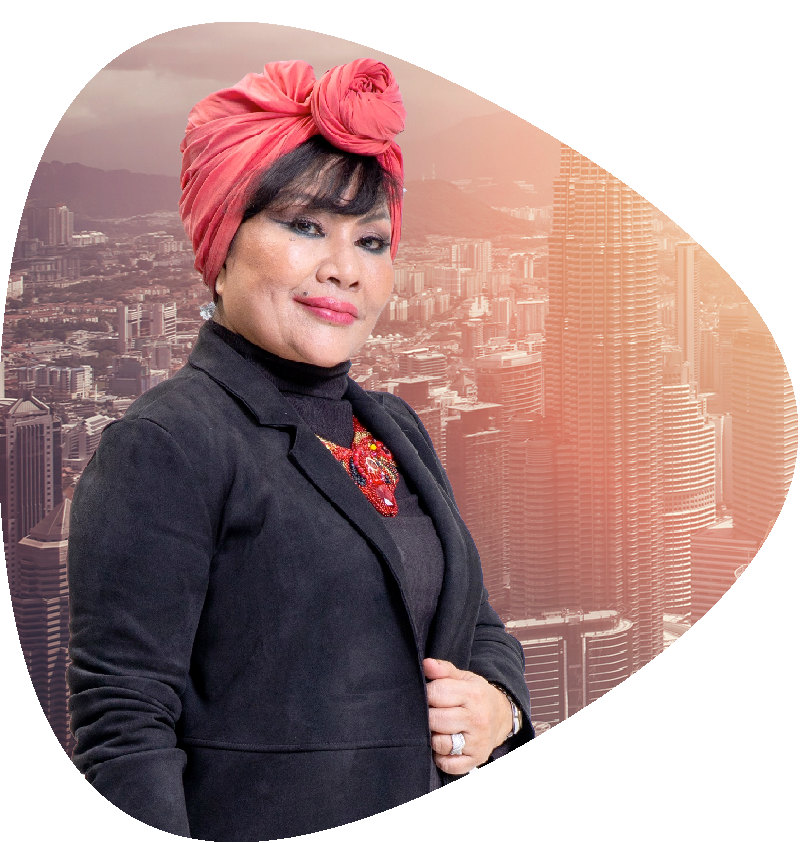 Siti Aishah was appointed as Independent Non-Executive Director on 12 June 2020. She is also the Chairperson of the Nomination and Remuneration Committee and member of the Audit and Risk Management Committee of the Company. She graduated from University of Malaya with a Degree in LLB (Hons) in Law.

Siti Aishah started her career in Legal Advisory Division of Attorney General’s Chambers of Malaysia. Subsequently, she became the Senior Manager of the legal division in Bintulu Development Authority (“BDA”), a government agency in Sarawak. She has accumulated more than 20 years of experience in organising various activities and events while serving as committee member and advisor for events held by BDA. She was also involved in the drafting and assessing of examination papers titled “Penilaian Tahap Kecekapan” for the Sarawak State Legislation. For her services, loyalty, efforts and contributions towards BDA, she was awarded with the Pingat Perkhidmatan Setia 2010 award by the Chief Minister of Sarawak, the highest state award given to the State’s Civil Servant. In addition, she was also awarded with Pingat Perkhidmatan Bakti (PBB) Negeri Sarawak in 2011 by Tuan Yang Terutama Negeri Sarawak. 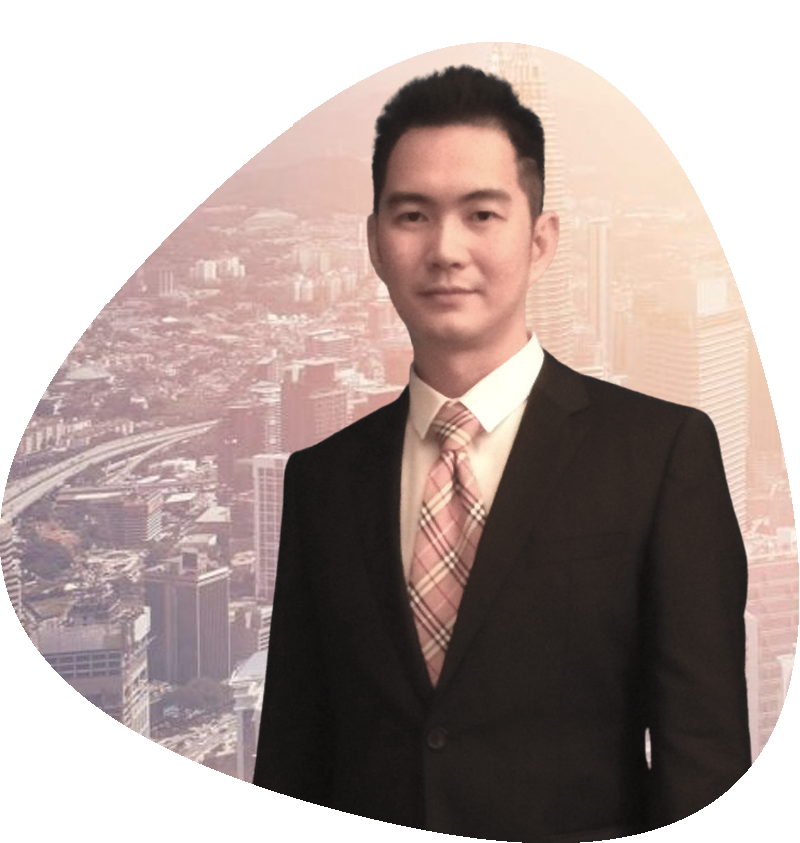 Chin Sheong Choy is the Executive Director of Minetech Construction Sdn Bhd (“MCSB”), a wholly-owned subsidiary of the Company who is in charge of civil, infrastructure, mining and building construction.

He began his career in February 2004 as a Project Engineer in MCSB and was transferred to K. S. Chin Minerals Sdn Bhd as Quarry engineer in the same year. In May 2005, he was moved to Head Office as Senior Executive and seconded to Purchasing Department. Subsequently, he was promoted as Assistant Manager and in-charge of the daily operation in the same department.